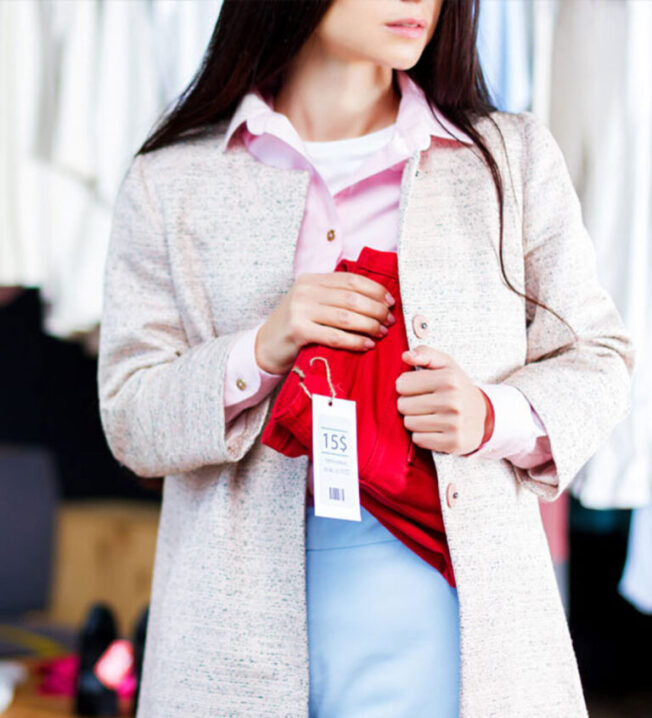 Preparing for the ORC surge with the power of RFID

For many years, organized retail crime (ORC) has been a major problem for retailers in the US. In fact, the very first issue of the Loss Prevention Magazine in 2001 had its cover story about ORC (dubbed as organized retail theft back then). Fast forward twenty years, ORC is still top of mind for many Loss Prevention /Asset Protection (LP/AP) professionals.

The very first issue and the very first cover of the magazine in fall 2001 featured an article by King Rogers titled “Organized Retail Theft.” Perhaps it is appropriate that this fifteenth anniversary issue also includes a feature article on ORC.

According to the 2020 Organized Retail Crime Survey conducted by the NRF, three in four retailers who experienced ORC reported an increase in the past year. More than half of retailers said that ORC gangs are exhibiting more aggression and violence than they did last year. And 61% of respondents say their company is prioritizing ORC more now compared with 5 years ago.

History has proven that theft increases after national and global events that have major economic impact, according to this article in Loss Prevention Magazine. And with more store closing, ORC gangs have fewer stores to target, which likely will increase the amount of ORC events per store. With the aftermath of the pandemic, retailers are likely to see a significant increase in ORC overall. Retailers need to start preparing for the post-pandemic ORC surge now. But how?

What can stop Organized Retail Crime?

Whereas the occasional shoplifter might be intimidated by setting off an EAS alarm, ORC gangs burst out of the store with the alarms blaring behind them. If they’ll set off any alarm that is, because it’s all too common they will target items that don’t have any protection whatsoever on them. Not all retailers protect their merchandise with security hard tags (and for good reasons), but this also means that after just one ORC sweep it’s not uncommon to find your store with dozens of items missing. And while a store employee might apprehend the occasional shoplifter, the aggressive ORC perpetrator walks out with an attitude of ‘stop me and see what happens’. That’s why most retailers reluctantly suffer through an ORC event.

LP/AP managers may be tempted to roll up their sleeves and go back to a cops-and-robbers approach. But as tempting as that may sound, this is not always possible: as we showed in our annual State of the Retail Loss Prevention Report, 45% of the LP teams are operating with fewer staff and resources.

LP/AP managers therefore need to allocate their resources, well, resourcefully. This is where RFID comes into play. RFID enables LP/AP managers to capture more data, which leads to insights over the long term as well as data that can inspire immediate actions. And fighting ORC with RFID is simpler than you might think.

The power of RFID lies in capturing item-level data. Traditional EAS systems only sound the alarm if an active RF or AM security tag passes through: it doesn’t know which exact item it is or if the item was paid for. RFID brings out a whole new layer of item identification in your EAS setup.

What that means is that when an item with an RFID label attached to it, let’s say high-end denim, passes through your RFID reader in your EAS system, the system can actually know which item it is. On a basic level, it just sees a numeric ‘product code’ (called a GTIN) but it’s not difficult to combine multiple data sources to get a clearer picture of the item passing through (see the frame for more information on item level data).

Just by looking at the raw item level generated by your RFID-based EAS, you can already identify suspicious ORC events. For example, if you see seven of the same GTIN’s leaving your store within a time frame of three seconds, that is a red flag. It’s highly unlikely that someone buys the same T-shirt or pair of jeans seven times. By looking at data at the most basic level, it’s possible to get insights on ORC activities - without any integrations to other data sets or systems needed.

Going one level deeper, we tie master data to these ‘RFID item codes’. For example, we now know that the seven GTIN’s that exited the store in one go, are associated with seven denim jeans, priced at $79 each. With just this basic connection, we can calculate the monetary impact of a suspicious event.

The power of RFID lies in capturing item level data, but what kind of data does RFID-based EAS ‘see’?

The very basics is the traditional ‘item-color-size’ combination: a Global Trade Item Number. This number is also sometimes called a UPC (Unique Product Code, mostly used in the US) or an EAN (Electronic Article Number, mostly used in the EU). A GTIN code might look like 1845678901001. By itself, this number doesn’t say much: we don’t know right away if this code belongs to a pair of sneakers or a red dress. But seeing seven of the same GTIN’s exiting your store should make you look twice at this event. 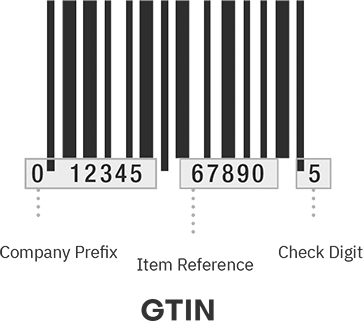 Master data. Tying these GTIN’s to master data helps us build a clearer picture. Abovementioned GTIN’s may, for example, represent an expensive pair of denim jeans. And again: we don’t know (yet) if these items are paid for, but seven pairs of denim jeans that leave your store at the exact same time? That is highly suspicious

Having product codes passing through your EAS already gives us useful insights. But the power of RFID lies in distinguishing unique products. That’s why RFID technology uses SGTIN numbers. The SGTIN contains the GTIN number but also has a serialized (hence the S in SGTIN) component added to it, which makes every number unique. 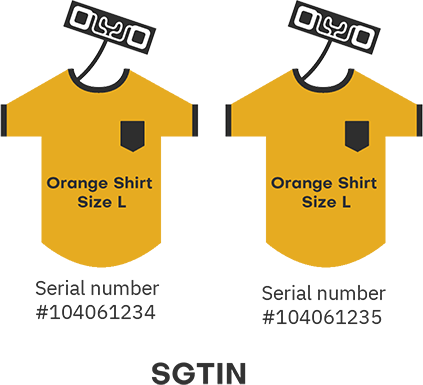 Finally, we need to know if those seven jeans are paid for or not. To ascertain this, we need data from the point of sale (POS) system. There are numerous ways to integrate this data to our EAS systems, so your EAS system can check if the items (based on the SGTIN) have the status ‘sold’ or ‘unsold’. If the items are paid for, everything is fine. But if it’s not, the alarms bells should go off – literally. 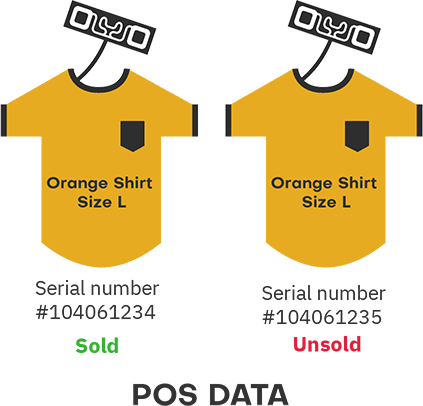 Knowing is half the battle

A wise man once said: ‘Now you know. And knowing is half the battle’. So how can knowing which items leave your store lead to capturing ORC rings? To answer that question, it’s good to look at the way ORC gangs operate.

It’s common that ORC gangs target certain items and visit multiple stores in one go. When the RFID-based EAS in the first store flags a suspicious ORC event, you can alert neighboring stores to look out for questionable ORC behavior. The more data you have (which items were flagged, were the items paid for or even CCTV footage of the event), the more information you’ll have to act on.

Another best practice is to replenish the stolen items as soon as possible. It’s bad that it is experiencing an ORC event, but it’s even worse to find out that customers can’t find the items they’re looking for and leave empty handed. With hands-on insights, you don’t need to wait on the next inventory count to see which items are missing. Replenish them as soon as possible to save the sale!

Knowing which items are stolen, also helps to build a case. Instead of looking for a needle in a haystack, you can search for these items with precision. As you know which items to look for, you can check message boards and social media more precisely. These are the places where ORC rings often try to sell their stolen merchandise.

In the long run, RFID helps LP/AP managers to better allocate their loss prevention resources. Gathering the data on tens of thousands of items passing through your EAS, means you know quite a lot about which items are popular amongst thieves. And not only do you know which item are popular, you also know which stores and during which hours ORC gang operate. Armed with this kind of data, you can make well-informed decisions on, for example, when and where security guards need to be placed. In the end, LP/AP managers still might go for a cops-and-robber approach. And RFID will help them make it worth their while.

How RFID and digital product identification power end-to-end visibility Here’s what you’ll learn: • How better data helps you anticipate and stop fraud before it happens • How RFID helps......

Read more
Getting started with RFID to combat ORC

Starting with RFID in your ORC prevention strategy is easier than you think. Within only three months, you will be able to identify, quantify and ultimately prevent losses within your stores. Want to know how? 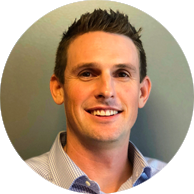 How To Create Seamless Shopping Experiences. Without Shrink.

Shoppers won’t visit stores, unless retailers give them good reasons to. That’s one of the noteworthy conclusions in this McKinsey article. Retailers need to aim for breathtaking in-store brand experiences,......

5 common pitfalls that could thaw your loss prevention efforts

Any loss prevention or store operations manager knows that loss prevention is the result, not the effort. Ultimately, the only thing that counts at the end of the day is how much......

Under Armour Under Armour stores had a solid EAS foundation in place. However, over time they began to wonder if the level of service, system accuracy, and the price they......